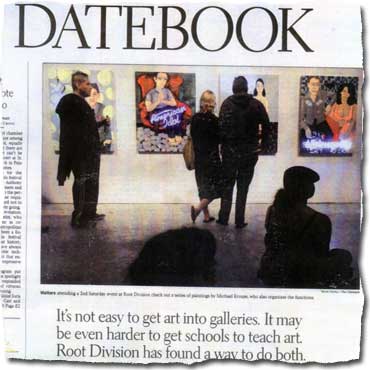 “It’s not easy to get art into galleries. It may be even harder to get schools to teach art. Root Division has found a way to do both.”
By Rachel Howard, San Francisco Chronicle, August 12, 2006